Youngdan said:
Neither can anyone else.

In effect, nearly all assets are unpaid for, there is an IOU on everything. Everyone borrowing from everyone else and central banks also printing money out of thin air to add to an exceedingly complicated brew.

The fact that someone can go to a bank and borrow a million dollars to buy a house allows the builder to build it and pay the worker. The fact that the bank can more or less just wish the million into existance is too magic. Everybody wins. 5 years later the owner sells and makes 250000 dollars. He was in effect paid a 1000 dollars a week just to live there. He buys a 2 million dollars house.

So boom times and buildings aplenty. That is the magic of fractional reserve lending and money creation. Not to be confused with Money Printing by the Fed.

It works till it reverses and then there is a problem, the money now disappears just as easy as it appeared. That is where we are at now.

So the Fed will try to print new money to replace the disappearing fractional reserve created money.

No nobody is paying anybody so anything with debt tied to it is toxic.

The only thing with no debt tied to it is gold and silver coin or bars. An exciting time
Click to expand...

Where do you see it all ending Dan?

I have always felt we were overdue a war, wars always seem to be the get out of jail card.

Anderson said:
Where do you see it all ending Dan?

I have always felt we were overdue a war, wars always seem to be the get out of jail card.
Click to expand...

I don't see it, unless we are attacked. Leaving aside the possibility of a False Flag or Israel starting it.

The Empire seems to be about to cave in on itself.

A debt jubilee is the only solution

That would destroy all the creditors though. all companies owed money would be therefore destroyed.

I predict this will be the foundation that seals the fate of Brexit. I said , right after the election result, that it would never implemented. Queue the talking points about how 'we (EU/Britain), are all in this together'.

Chancellor Rishi Sunak has admitted that "hard times are here" as the UK crashes into a deep recession.
Click to expand...

Youngdan said:
That would destroy all the creditors though. all companies owed money would be therefore destroyed.
Click to expand...

I'm not seeing a downside . We need to enter a post-usury world. Dept is strangling the life out of civilization 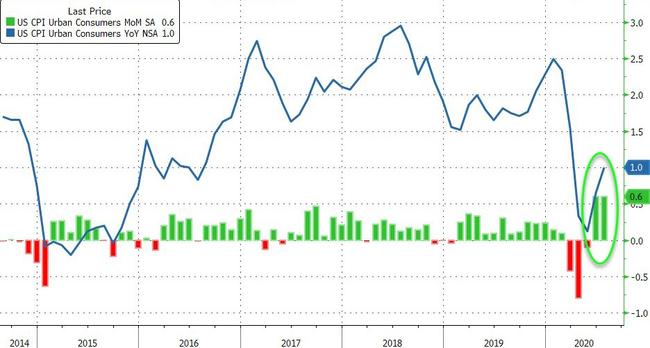 The food at home index increased 4.6 percent over the last 12 months...

Oliver Plunkett said:
I'm not seeing a downside . We need to enter a post-usury world. Dept is strangling the life out of civilization
Click to expand...

'If It Wasn't For This We'd Probably Go Hungry': Car Line Stretches More Than A Mile At Fair Park Food Giveaway

A couple thousand more families can sit down to full tables Tuesday night.

What happens if and when interest rates rise.