GodsDog said:
Indeed. The fact that I never actually suggested that figure makes it even more bullshit!

So over the lifetime of this virus (which may run for years) it will potentially kill >45,000 people
and possibly up to double that depending on how it is handled over that period of several years.
We still have a long way to go with this virus. You can call me in a few years time when it's all over
and tell me how wrong I am. Because I do hope I am wrong.
Click to expand...

If my aunt had balls she'd be my uncle.

Frog Féin said:
If my aunt had balls she'd be my uncle.

if your aunt is anything like you froggy then she probably does!

GodsDog said:
if your aunt is anything like you froggy then she probably does!
Click to expand...

But you're not off the hook and still have to write that essay I asked you to do in the PM.


This is what I say when I get asked the following question: "Why not wear a mask, just in case there's a chance that it may provide some protection for someone else?"

Your argument is that if I wear a mask, no harm will be done, and some harm may possibly be prevented. If this really were a "no-cost/possible benefit" scenario, I might agree to CHOOSE to wear a mask, but not to be coerced into wearing one. However, that doesn't describe this situation at all, not even close. I find there to be at least 4 definite harms that come from wearing a mask. None of these have to affect me personally. I can defend the rights of OTHERS who are harmed by mask wearing policies. These harms can be divided into the following categories: physical, psychological, societal, and constitutional.

Physical harm: Wearing a mask for extended periods of time can cause headaches, dizziness, or fainting. Forcing people to rebreathe much of what they exhale rather than breathing freely circulating air is not healthy.

Psychological harm: The physical restriction of wearing a mask produces a psychological response, the same kind of response as one would experience when being restrained in some way. Furthermore, one of the worst psychological harms in my opinion is the tacit affirmation that this virus is so easily transmitted and so dangerous that one has to be constantly on the alert to prevent one's own or someone else's death. Imagine the burden that places on even healthy adults, let alone on children or on people who previously already had heightened levels of anxiety.

Societal harm: The aforementioned psychological harm is tied directly to the societal harm. People who believe that wearing masks are at the very least, a way to show others you respect them and are doing your part to prevent them from becoming infected, and at the very most, an actual protective measure to prevent viral transmission, are being encouraged by authorities to view those not wearing masks as selfish and/or ignorant. They begin to resent others whom they see as refusing to wear a mask. If a perfect stranger is out in public with no mask, these mask promoters often automatically assume the worst about the non-mask-wearer, even though they have no idea why the person is not wearing a mask. It may be a medical reason, yet the mask-wearer may treat them as if they are dangerous or uncaring. Another very concerning societal harm is the ingraining in the collective psyche the assumption that every person they come across is a potential vector of disease. In fact, it has ALWAYS been the case that there is the possibility that someone we come into contact with in the community is capable of transmitting some virus or bacteria, and it will always be the case in the future, too. The newly adopted view that one must always be on the alert, ever vigilant, to prevent any type of physical contact or even being in close proximity to others is not sustainable, nor is it a healthy way for people to view each other. In addition, it sets the stage for the government to begin to mandate measures the public deems necessary for their own safety.

Constitutional harms: Those societal harms lead directly to constitutional harms. In the name of safety, the government will feel justified, with the backing of these mask - compliant people, to introduce restrictive and intrusive policies that violate personal liberty, privacy, and physical autonomy. These include mandatory health screenings, contact tracing, isolation, and quarantine. In the end, a certificate of immunity or vaccination may be required for travel, commerce, banking, and any kind of participation in public life. So, please don't view people who are not wearing masks as merely rebels who are trying to buck authority. Perhaps they are aware that there is no scientific evidence that mask-wearing by the general public has any effect on community transmission of viruses, and they have considered all of these very real harms that are the result of suggested or required mask wearing in public places.

If the CDC had solid evidence that "masks save lives", wouldn't they present it? Instead, the closest they get is some studies showing that people can be carrying the virus while asymptomatic. That is still two steps away from proving that masks are life-saving. First of all, it doesn't prove that those asymptomatic people are capable of transmitting the virus. The limited evidence available actually suggests that they cannot. Second, it doesn't prove that if these people were capable of transmitting the virus, the mask would stop that transmission. The evidence that does exist about this also supports the opposite view. Therefore these real and observable harms from mask-wearing policies can only be compared against a theoretical possibility of protection. In a logical risk-benefit analysis, the mask-wearing policies lose by a wide margin. And that analysis is not a cold and calculating look at only the numbers and not real people. It is actually my love for real people who are affected by each of these harms, people I know personally and feel great affection for who fit into each category of concern, that prompts me to take the unpopular view of opposing mask mandates and even of inviting people to reconsider their voluntary use of masks.


Here is the video -

looking hot since she got the rack done

GodsDog said:
Indeed. The fact that I never actually suggested that figure makes it even more bullshit!

So over the lifetime of this virus (which may run for years) it will potentially kill >45,000 people
and possibly up to double that depending on how it is handled over that period of several years.
We still have a long way to go with this virus. You can call me in a few years time when it's all over
and tell me how wrong I am. Because I do hope I am wrong.
Click to expand...

Yes, but I also give him nice treats when he is being a good doggy - 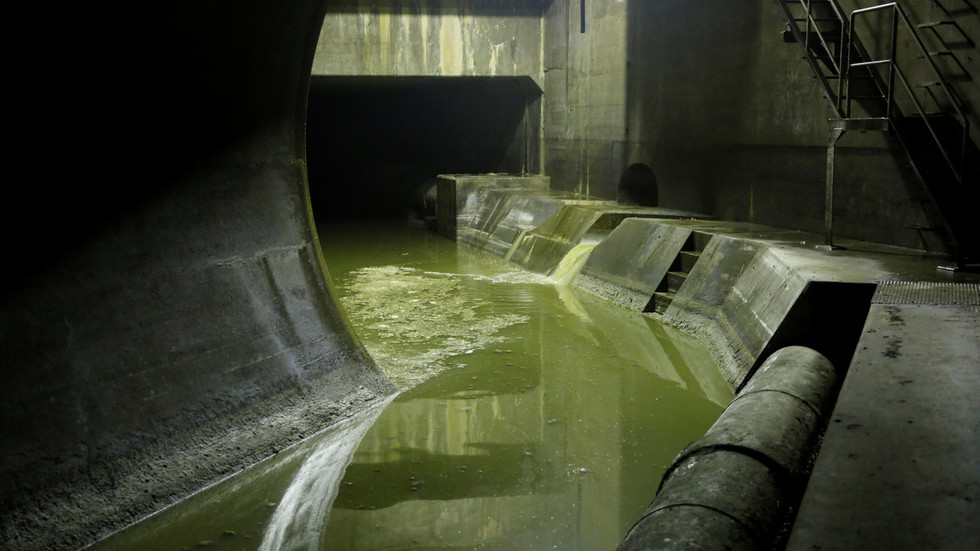 Italian researchers say traces of the coronavirus responsible for the Covid-19 pandemic were found in sewage water samples taken as early as last December, giving a clearer picture of how the infection spread to Europe.

For Sham Fox, wherever she is.

Okay, this is my last photo for today. I dedicate it to the little starling the cunt of a cat who shits in my garden every night killed this morning -