Member
Full Member
Should Scotland leave the United Kingdom and establish itself as an independent nation? While unionism remains a strong force within Scottish politics, calls for independence have grown in recent years.

There are political and economic arguments both for and against. On the pro-independence side it is argued that Scotland would have better access to it's natural resources including North Sea oil reserves, as well as potentially giving Scotland the ability to rejoin the EU. Of course many within the Labour Party would be unhappy given that a lot of their efforts at getting seats in Westminster depends on the Scottish vote. An independent Scotland would certainly give the Tories a tighter grip on power within what would remain of the UK.

It is still a controversial issue within Scotland as many have argued that they simply couldn't survive as an independent nation given their size and puported dependence on their neighbour to the south. While the unification of the Kingdom of England and the Kingdom of Scotland into the United Kingdom (originally the Kingdom of Great Britain) goes back to Acts of Union 1707, the closer integration of both governments goes further back to King James I of England and VI of Scotland with the unification of both crowns and establishment of the House of Stuart within England, Wales and Ireland. Unlike Ireland which suffered more often than not at the hands of London, many Scots found themselves at the forefront of the British Empire. Despite almost four centuries of integration between the two nations, the union is perhaps seeming less and less appealing to the Scottish people given the decades long erosion and extinction of the former Empire, and perhaps what could be deemed to be further isolation from world affairs through Brexit- to which a majority of Scots rejected. 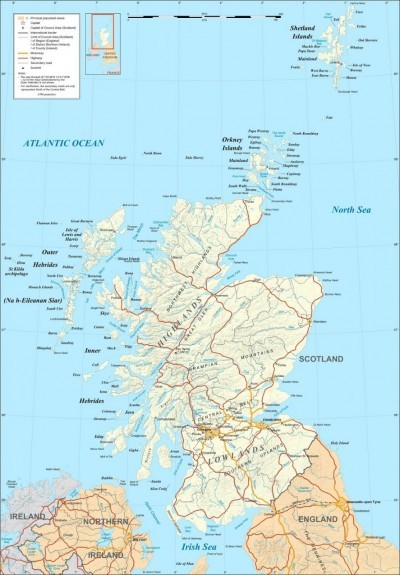 Staff member
Senior Moderator
Member
Full Member
Scotland should certainly have independence. But, I think Irish independence and Scottish independence are intimately linked. One won't happen without the other. The best either could have is the fake "independence" the 26 County Free State has. True independence and economic and military sovereignty will require a federation of Scotland and Ireland.
You must log in or register to reply here.
Share:
Facebook Twitter Reddit Pinterest Tumblr WhatsApp Email Share Link