It is common to read articles stating that Sweden has one of the world's worst death rates for COVID-19.

This, however, remains a matter of perspective.

Moreover, the Sweden deaths per million is many times better than the rates found in New Jersey and New York: 1,763 and 1,669.
Click to expand... 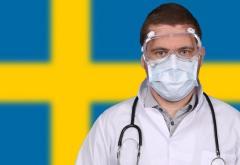 ...the evidence that lockdowns actually work remains spotty at best...